I realize that it’s been a while since I wrote about a patent but I come back with an interesting one. While bored of finding newer ways of killing time, I decided to dig through some new patent filings and I found something that is a lot like Apple’s Find My Friends iOS app.

This is the second geo-location patent from Microsoft in recent times. I tweeted about the first one being like sharing a location with friends in WhatsApp, we later found out that this was part of the new Rooms feature in Windows Phone 8. The new patent expands on the ability of just sharing one’s location to mapping friends and communicating with them. Here’s an image: 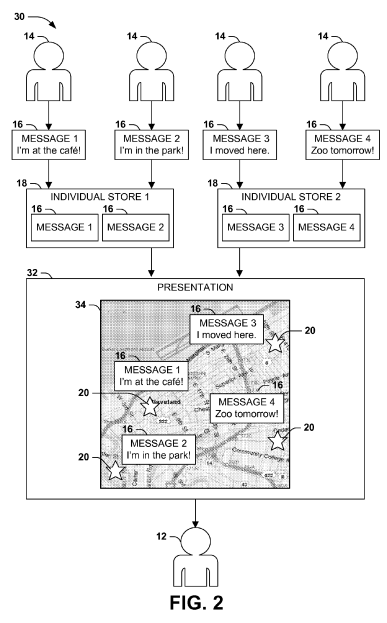 Another image shows the feature will allow users to call or message someone from the location on the map: 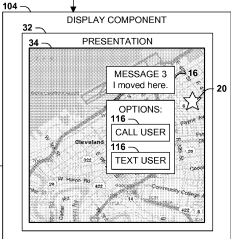 The implications of this are more than just Microsoft trying to compete with Apple’s Find My Friend. We, the 4% Windows Phone users, know about Microsoft’s integration of Facebook check-ins, it’s bloody useless because nobody uses Facebook check-ins. The likelihood of Microsoft dumping Facebook’s check-ins for their own version of Find My Friends + Foursquare. Back in time, I suggested that Microsoft should buy Foursquare for strengthening Bing; they obviously went with Nokia Maps, which I guess is fine.