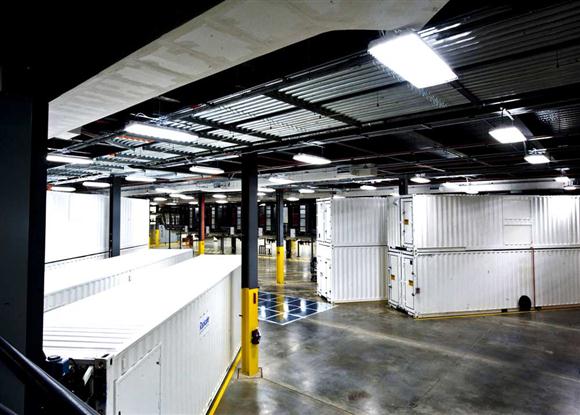 Steve B was at Moscow State University earlier today and he did exclaim his now signature three booms. During his speech at the university, SteveB focused on Microsoft’s cloud push. While talking about how Microsoft sees infrastructure a problem the developer shouldn’t be bothered with, he said that while working on Bing Microsoft realized this:

We learned this frankly the hard way as we built our Bing search service. Bing is literally hundreds of thousands of servers. We can’t have people saying, “Oh, I have to configure a new server; oh, I’ve got to manage a sever; oh, what if we’re going to take some workload and move it to a new datacenter, I’ve got to reconfigure the network.” We had to build an infrastructure that was self-managing and self-provisioning and that developers could do things against instantaneously.

A smarter, self adapting infrastructure based on  requirement is what SteveB is talking about. At PDC10, Pixar demonstrated their CGI animation application – RenderMan on Azure and the animators had servers at their disposal.

SteveB also asked students to friend him on Facebook. The complete transcript of the speech can be found here.

PS: No mention of Silverlight or HTML5.