Linkbait title? Perhaps. I’m allowed that once in a while, no?

Anyway, the title isn’t misleading, in a patent filing Microsoft has indeed applied to patent a touch gesture known as the “Rubber-Band Gesture” The patent application describes the gesture as:

The patent application talks about a game shown on the Surface computer. Some images: 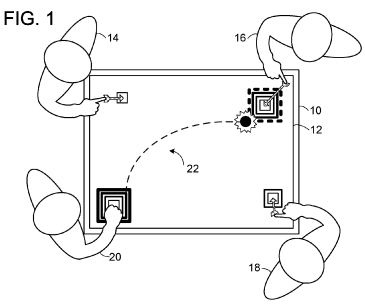 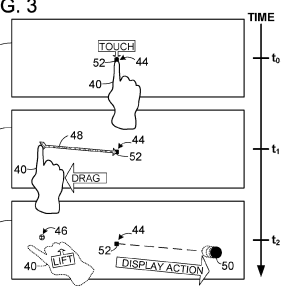 This is one of those frivolous patents that is only meant to strengthen Microsoft’s IP.