The current Zune desktop doesn’t sync with the Windows Phone 7 device and as such there is an internal Zune build that works in the GDI mode that is used by the lucky Softies who have the prototype devices with them.

Yesterday at IndiMIX 2010 the last session ran into a technical snag where the ASUS Galaxy didn’t sync with Visual Studio. To try and fix the problem, the speaker launched the Zune desktop to re-configure the device. The Zune desktop gets a new tab under ‘Settings‘ called ‘phone’. When you start the sync wizard you’re asked to enter your Windows Live credentials for setting up the device.

Screenshots of WP7 sync with the Zune desktop are below, click on the image for higher resolutions.

1. The Windows Phone 7 screen if it is synced 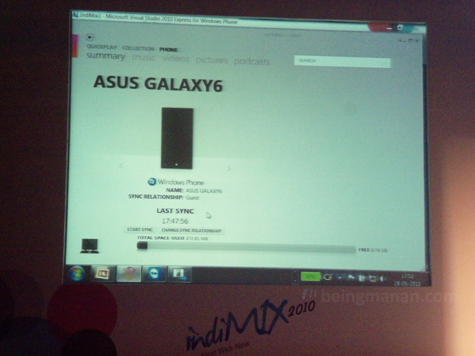 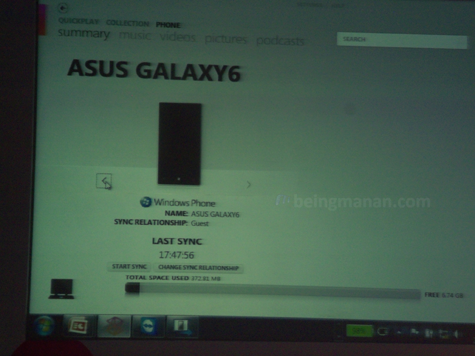 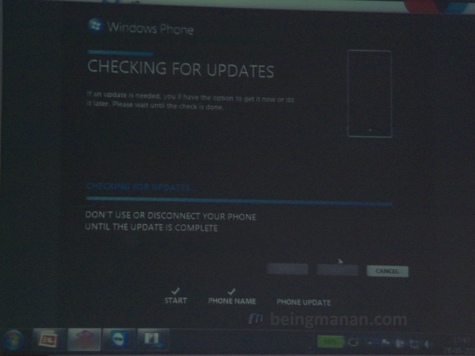 3. The Zune desktop version being used by Softies: 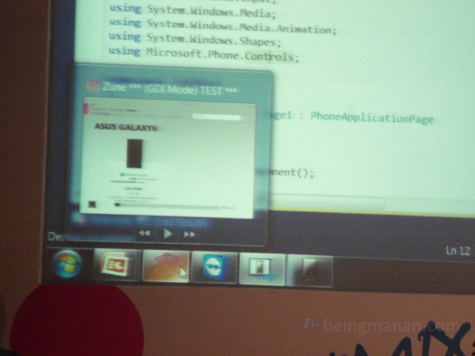 This does look good! Some more Windows Phone 7 stuff coming up.