Constant innovation is challenging, much so when you’re developing an operating system that will be used and scrutinized by millions. On several occasions some of these additions seem trivial that as a user you begin to wonder ‘what took them so long’ – a patent filed by the Cupertino company shows one such addition. This does give us an example of what they might be working on for their next OS iteration. Sorting data into folders is quite a task, several third party solutions are available that would identify the type of file and move it to a folder – automatically. Apple is working on something similar but it is triggered when a user drags-drops a file. The specific patent application is for the dynamically changing UI elements depending on the drag-drop operation. The patent shows:

Images from the patent: 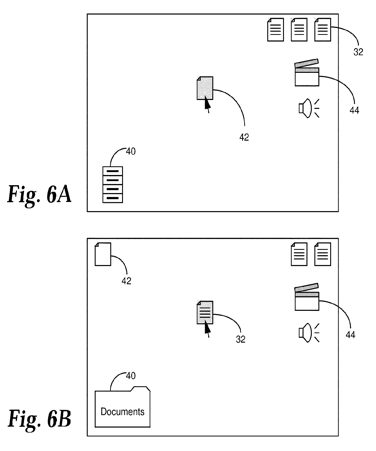 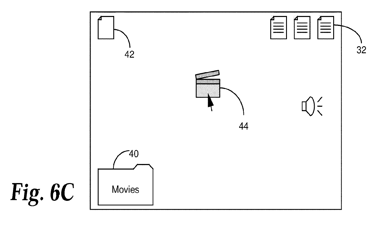 Apple decided to come out with a Service Pack for Leopard, branded it into a new OS and eventually sold it at a price. No new features to the UI/UX, everything ‘under the hood’. As a result Mac users’ expectations from the next release are quite high. In Preshit’s words:

But since 10.6 was a low profile release, 10.7 is beyond doubt a mega release

It’s interesting that this patent comes up a week after I spotted Microsoft’s patent showing their drag-drop interface. You know what’s more interesting, this puts Windows one step behind OS X yet again. While Microsoft wants us to drop files in particular subfolders, Apple only wants you to drop the file and it’ll take care of the rest.