Last week I bought the Xbox 360 with Kinect and I realized part of why Kinect succeeded. It was Microsoft launching an Apple-like product. I mean no disrespect to the team behind Kinect when I say this. It is not about copying Apple in any way. But a compliment on how Microsoft can pull off what many believe it can’t.

The Xbox Kinect is a simple concept, elegant and has a great out of box experience. Features that have come to define Apple’s products. Microsoft being able to getting it right before the competitors has left them (Sony and Nintendo) still catching up—like Apple’s competitors in many markets—which brings me to Windows Phone 7. The platform is great. I love it, recommend it and enjoy using it.

The platform has overcome issues that plagued WinMo and even Android. Seamless updates and features on parity with iOS and Android make it a great choice for users but why would one go for WP7 over the competitors, all three have some features better or worse over each other. The choice is not about features, it is about ecosystems and personal preferences. The iPhone launched exclusive to carriers and the sales went through the roof and smoked the competition. OEMs and carriers were left scrambling. And then came Android, the answer to the iPhone. The carriers and OEMs had something to pit against the iPhone which became Android’s position in the market. The anti-iPhone.

A lot is being said about Jobs after Jobs’s death, the common message is how Apple products had a message. The platform is for “the misfits and rebels.” There was a message that led to the cult-like status. It was Apple’s message. Similarly, Android has a message—it’s for those who don’t want to be caged in Apple’s walled garden. There’s iPhone for everyone else. Microsoft doesn’t have a message for Windows Phone. They say it’s the “people’s phone,” making the phone a communication (and entertainment) device. I don’t care if it’s a people phone. I can make calls from an iPhone, there are more apps and games; same’s the case for Android phones. Why should I go for WP7? I don’t know.

Why should I go for Kinect and Xbox? Because it smokes the competition. In WP7’s case, a feature or two better don’t make a compelling case against Android/iOS. Features like TellMe over Siri and the whole Xbox-Windows-Phone ecosystem is Microsoft’s USP. It’s an ecosystem battle. You go Apple, you’re in iCloud and using iTunes; you go Android, you’re in Amazon & Google’s world—mail, videos, music and apps; you go Windows Phone, you’re using Zune, Windows and Office. All great products but compared to Apple TV and Google TV, Xbox is a better choice for living room entertainment. Microsoft has all the parts to the ecosystem. They’ve got enterprise products like Sharepoint and Office, consumer products like Xbox LIVE and Zune and everyday use cases like camera and social networking covered in Windows Phone 7. But the ecosystem doesn’t present itself as a cohesive product. I know it because I scour the web for Microsoft news 24×7.

The message shouldn’t be the phone’s features but what the phone enables you to do.

I bought a Samsung Focus for $199 the day it launched, I pulled strings to get my paper work pushed (international student issues) only to see the phone’s price going down to $49. I then got the LG Quantum review unit to try. The phone’s heavier than the Focus but has a QWERTY keyboard. I have let my friends use the phone as their primary phone. An Android lover, liked the phone. He couldn’t find a fault but wasn’t comfortable. I don’t blame him, it’s a subjective choice but the second friend who’s a BlackBerry user loves WP7! 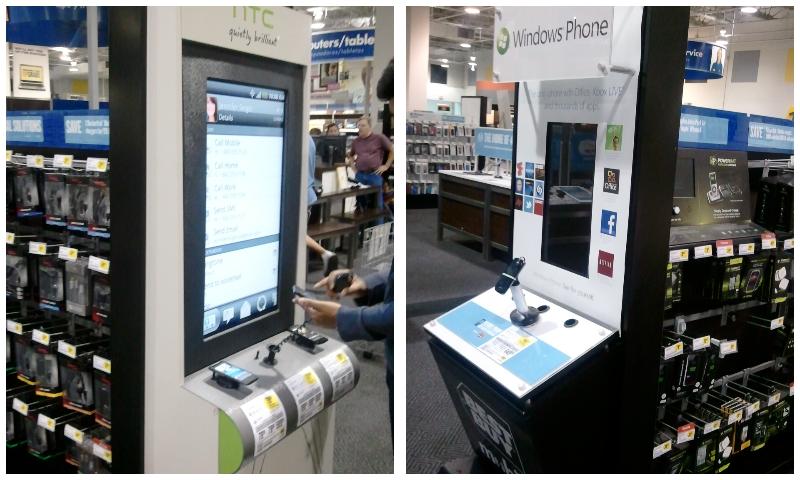 AT&T won’t let me upgrade to a Mango device, I won’t be shelling out retail price and still be on a contract. Microsoft’s reliance on carriers is what will be their undoing. Carrier reps don’t care about Windows Phone 7. All outlets I’ve been to in the US have steered me and my friends away from WP7. Best Buy’s Windows Phone display unit in Syracuse’s Carousel mall has no lights and the phone’s dead. The AT&T store has little to no WP7 marketing—it is depressing. Microsoft has a great product that they aren’t doing a good job of telling people and at the same time relying on people who don’t care to promote the product. Microsoft believes Nokia will magically bolster WP7 sales—that won’t happen. Nokia doesn’t command the same blind faith it did years ago. For Windows Phone’s success Microsoft needs to take matters into their hands and figure out strategies to get phones into the hands of the end user. Old school word of mouth marketing with regular promotions are needed.