What’s Inside The iPhone 4 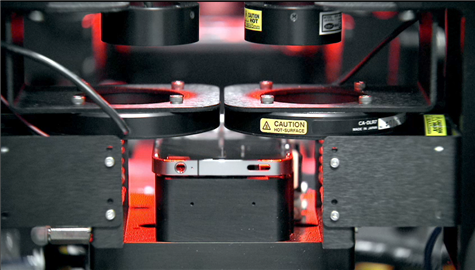 One of the most important ritual when a new gadget comes out is, iFixIt doing a teardown. Apparently, Jobs decided to show everyone what’s inside the new iPhone 4 before iFixIt did. The new iPhone 4 has two engineering marvels in it – a Gyroscope and the stainless steel body being used as antennas. Here are a couple of images from today’s keynote that shows you the insides of the iPhone 4.

The insides of the iPhone 4: 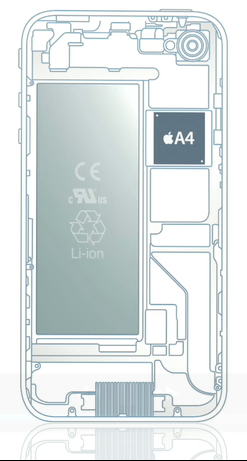 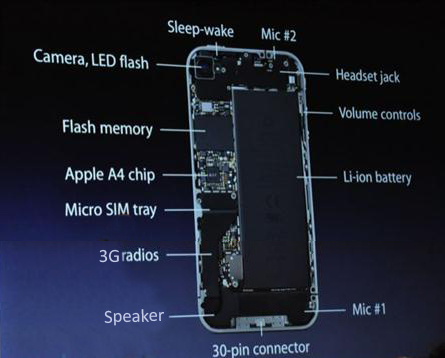 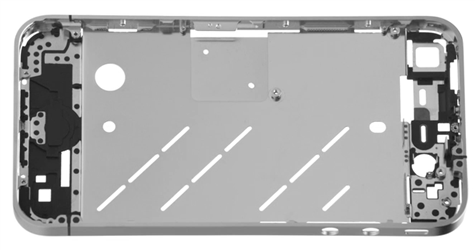 The radio antennas are the grooves: 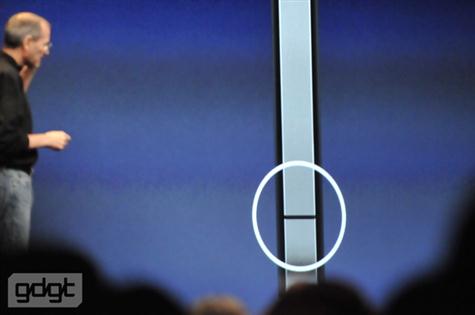 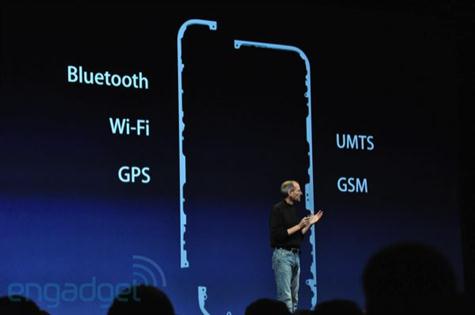 The sensors inside the iPhone 4: 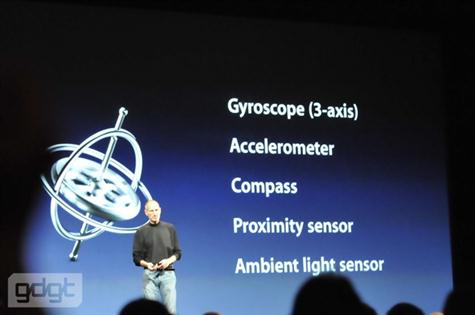 The other new addition is the display. The new 3.5” IPS panel boasts of:

The outside remains pretty much the same, except another Mic being added to the top, a front-facing camera and a flash at the back for the camera which is now a 5 megapixel cam. The new cam also does HD video recordings.

Update: Some images replaced with high quality ones from the iPhone 4 Design video.